OHA is celebrating Earth Day 2022 with gratitude for everything you do to support OHA’s work and to honor and protect the earth wherever you are!

Check out our calendar of upcoming events, and join us as a participant or volunteer! For more details on our upcoming events, reply to this email or contact us at info@okanoganhighlands.org.

Upcoming opportunities to get involved with OHA!

You can also find these events, and details about them on our Events Page Calendar!

Get Lost Race 2022 is Open for Registrations

Get Lost in the beautiful Okanogan Highlands! On Sunday, July 10, 2022, runners and walkers will take to the trails around Lost Lake in the Okanogan Highlands. Four courses are available: 14 mile, 7 mile, 3 mile, plus a 1k kids run ensures there is something for everyone! OHA has reserved the USFS Lost Lake Group Camp on Saturday night, so camping is available before the race. 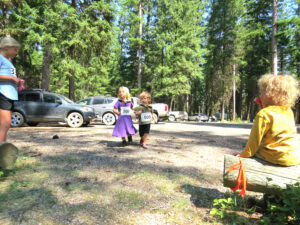 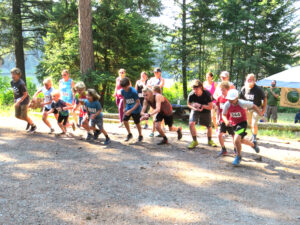 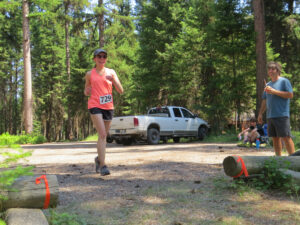 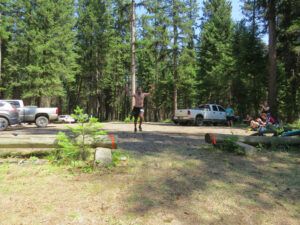 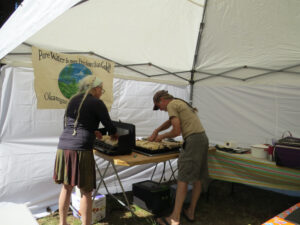 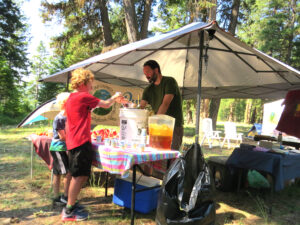 Hope to see you there!

May 7, 2020
Spokane, WA – Okanogan Highlands Alliance (OHA) and the Washington State Attorney General’s Office have both filed lawsuits in U.S. District Court against Crown Resources Corporation and Kinross Gold U.S.A., Inc. for water pollution violations at the Buckhorn Mine located near Chesaw, WA in north-central Washington State. The suits are related to the consistent and ongoing discharges of pollutants at the site above the levels allowed by the company’s National Pollutant Discharge Elimination System (NPDES) permit.

“Our community will not stand for the pollution of our waters,” states OHA’s co-Executive Director, Sarah Kliegman, PhD. “The mine has not taken sufficient actions to either investigate the fate of pollutants at the site or to clean up the pollution. This lawsuit is intended to impel the company to clean up their mess.”

OHA filed a citizen suit under the Clean Water Act because of the consistent and ongoing violations at the Buckhorn Mine. OHA is represented by Paul Kampmeier of Kampmeier & Knutsen, PLLC. Kampmeier said, “Mine operators must be accountable for the pollution they create. They cannot be allowed to pollute state waters with impunity or to leave a legacy of water pollution after mining activities have ceased.”

OHA and the State’s filing allege that Crown/Kinross violated the Clean Water Act by failing to contain pollutants to the immediate mine area known as the capture zone and that the mine has been discharging more pollutants than permitted for the past five years. The lawsuits also contend that Crown/Kinross failed to submit reports required when certain pollutants have exceeded trigger levels as well as various plans and notifications required by the permit.

The Buckhorn Mine operated in the Okanogan Highlands of north-central Washington State from 2008-2017. There have been ongoing discharges of pollutants from the mine site since mining began. While the Washington State Department of Ecology has issued violations and penalties over the years, Crown/Kinross have not taken the actions necessary to contain their pollution within the capture zone.

The most recent NPDES permit that regulates the Buckhorn Mine was issued in 2014; it has been administratively extended, and is still in force. The permit requires that the water near the mine be returned to near-baseline conditions. These requirements have been upheld by the Washington State Pollution Control Hearings Board, Ferry County Superior Court, and the Washington State Court of Appeals.

OHA is a public interest organization in the Okanogan Highlands of north-central Washington State. OHA has been involved at the Buckhorn Mine through the environmental review and permitting processes. OHA has analyzed the monitoring data since the mine was built in 2008, continually advocating for environmental protection.